We once again find ourselves falling. Crashing, really. Graphic and Wicked collide with a roof and then with a couch though with roof under them it really doesn’t matter.
They’re surrounded by the old world, the old, old world. Picture frames still hang on the walls, trinkets lay out on tables, and a fireplace sits before them with a radio on it’s mantel. The girls don’t see this. They don’t see anything at all. Graphic sleeps, deep and hungry. Wicked’s waking up, but she can already tell-they’re no longer in Kansas. She finally understands what that means.
Eyes still closed she reaches for Graphic, “Dude… you alive?” smelling the air: it’s entirely foreign. It almost burns her nostrils and then she remembers.
“We-we went over-we went over!” eyes burst open, “Fuck-fuck-fuck-fuck-wake up!” pulling rubble off her slumbering friend she feels the burn of untempered sun, she’s panicking.
Her skin’s growing greener the previous expulsion long gone, it’s effects rendered useless. Grabbing Graphic by the shoulders she shakes her violently.
“Wake up-wake up!“ she tries to keep quiet afraid of what could be around.
Graphic doesn’t stir only mumbles and drools. Wicked’s eyes bulge, her heart’s pounding while breathing in the heavy acid air. The freshness is killer. She looks around, it’s just a normal house. A normal centuries old house. A dead person’s house, a long, dead, person’s house. She prefers the sewers. As she looks at the dusty walls all the pictures blank destroyed over time-all the colors faded, hey mouth goes dry.
“Graphic get up-please-please wake up you bitch! You have to get us out of here!”
They should be dead-completely, and utterly dead. Wicked bought the warning: hook, line, and sinker. They’re in the dead zone and her only way home is dreaming of fried chicken. 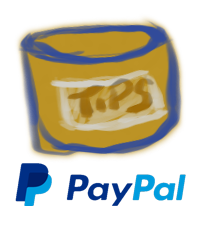